1 Corinthians 13:13 (NKJV) And now abide faith, hope, love, these three; but the greatest of these is love. 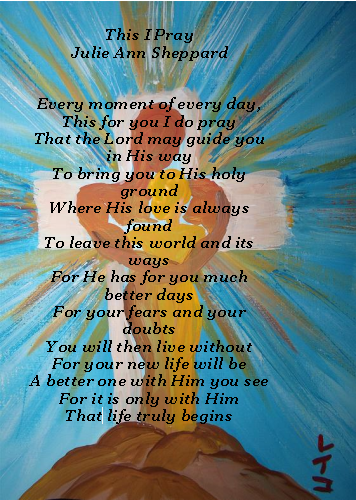 From beginning to end the Bible is about the love of God. God even showed Cain love after he killed his brother Abel. God was merciful to him by putting a mark on him to keep others from killing Cain. Jacob deceives his father and steals his brothers blessing, and God gives him a new name and he becomes Israel. Saul has Christians killed and on the road to Damascus he is blinded by God, and when God returns his sight he becomes Paul.

In the commandments God forbids adultery and murder but David has an affair with Bathsheba. When he learns that she is pregnant with his child he tries to cover up their affair. When he fails, he sends her husband out to be killed in battle. Does God give up on him or turn David away? No, He doesn’t. David didn’t have an easy life, the baby died and the problems he had with children covered things like one son rapes his daughter. Another son wants him dead, but God never stopped loving him.

The greatest story of the love of God is found in Jesus. His own Son is sent to pay the price for the sin of every person that will ever live. Jesus knew what He was facing when He came to redeem man. He was rejected, mocked, people wanted to stone Him, He was spit on, beaten, and then crucified. He did all this even though we are hateful, lying, manipulative, self seeking, cheating, thieves, idolaters, adulterers, fornicators and murderers to name a few of the things man is without Jesus. Yet no matter how bad we are He still loves us, and He has already forgiven us we just need to receive Him and His forgiveness.

John 3:16 (NKJV)   For God so loved the world that He gave His only begotten Son, that whoever believes in Him should not perish but have everlasting life.

Share your favorite stories in the Bible of God’s love and mercy.

6 thoughts on “The Greatest Of These”