The Domain for Truth

In our age where everything is all washed with relativism I thought this clip from the TV show “E.R” was really illuminating that all the figment of imagination means nothing in light of one’s sin, guilt and death.

For those of you guys reading this and are in the ministry, what we are doing is important folks.  We’re playing for keeps.  Don’t forget we have the Gospel, the hope of forgiveness!

Don’t ever, ever compromise with the Gospel.

Source: This clip never gets old: “I want a real chaplain who believes in a real God and a real hell.”

I love the Psalms

All creatures look to you
to give them their food at the proper time.
When you give it to them, they gather it up;
when you open your hand, they are satisfied with good things.
When you hide your face, they are terrified;
when you take away their breath, they die and return to the dust.
When you send your Spirit, they are created,
and you renew the face of the ground.

May the glory of the LORD endure forever;
may the LORD rejoice in his works—
he who looks at the earth, and it trembles,
who touches the mountains, and they smoke.

I will sing to the LORD all my life;
I will sing praise to my God as long as I live.
May my… 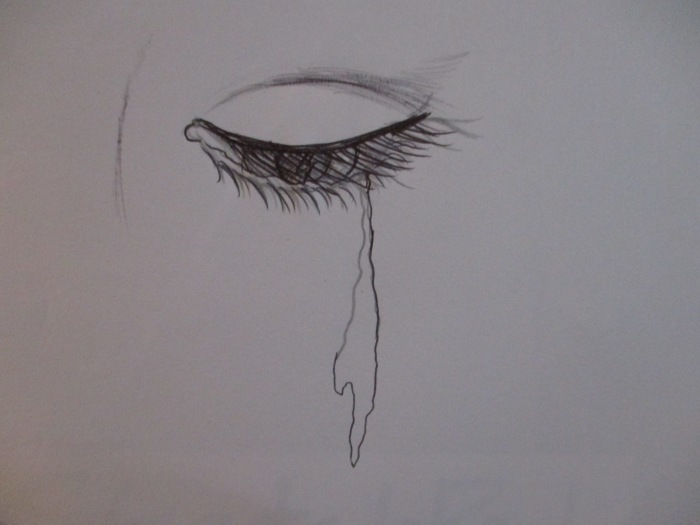 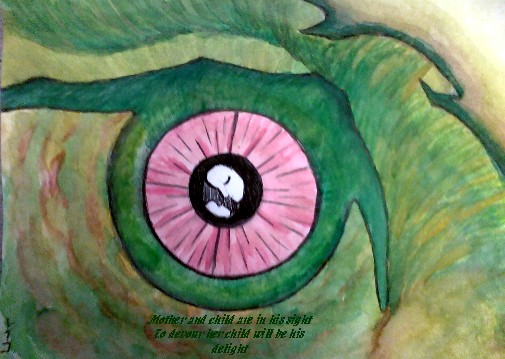 Psalm 146:8 The LORD opens the eyes of the blind; The LORD raises up those who are bowed down; The LORD loves the righteous; 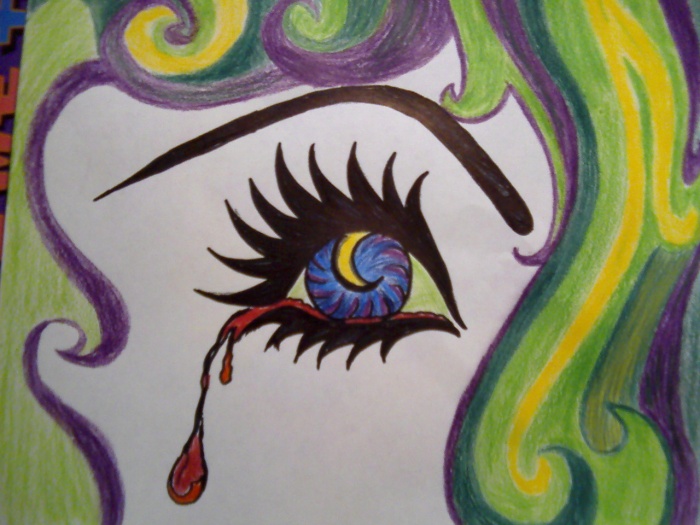 Acts 26:18 to open their eyes so that they may turn from darkness to light and from the dominion of Satan to God, that they may receive forgiveness of sins and an inheritance among those who have been sanctified by faith in Me.’ 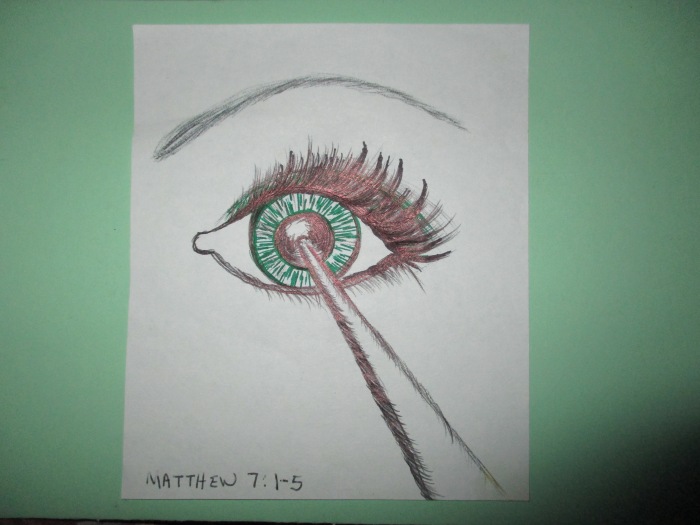 Ephesians 1:18 I pray that the eyes of your heart may be enlightened, so that you will know what is the hope of His calling, what are the riches of the glory of His inheritance in the saints,

2 Corinthians 3:16 but whenever a person turns to the Lord, the veil is taken away.

I have always been drawn to eyes, both in people and in art. I have learned two people even when looking at the same thing see differently. We see what we are looking for, even when we are not sure what it is that we want. Broken, hurt, and angry people will more likely see darkness and devastation. The ones who only see roses and rainbows can be the ones who cannot handle the pain of this world and they choose to deny the ugliness but only fool themselves. Then there are those whose eyes have been open. They have suffered, and been hurt and abused. They have had great loss in their life but through the brokenness of their life they found the Truth in Jesus. He gives us the ability to see the truth and to beauty even in a broken world.

Everything you read on the internet is absolutely true. For example, here is one of my favorite news stories. It is a man from 1922 out hunting giant grasshoppers. Grasshopper man. 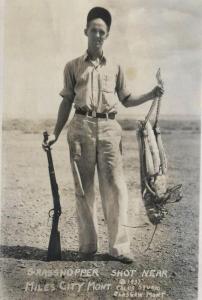 Grasshopper hunting is a popular sport on the internet. Many people have engaged in it, as you can see here, the fruits of another particularly good hunting trip. 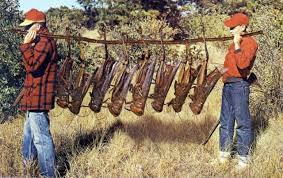 These are not my pictures nor are they my “news” stories, they are simply legendary internet examples of why is never a good idea to think for yourself. In fact, it is best to never question anything. Please, just turn on the TV or point and click, close your eyes, and allow your brain to absorb whatever it wants.

The grasshoppers, we often deep fry the legs in a beer batter, golden brown and crispy on the outside,tender and juicy on the inside. Grasshopper breasts are best cooked in a crock pot…

People often ask why a woman returns to her abuser. She gets free only to return. I can probably list more than a dozen reasons. Yet It is not her reasons that I am writing today. I was recently told of a dream a friend had.

They had dreamed that he and his wife were trying to help a woman get free from an abusive husband. Yet no matter how many times they got her away she would run back to him. They finally got her free from him. Then he came after her in their home. He broke in through a window carrying a gun. My friend had his gun but only had one bullet. He shot the guy but it did not kill him.

I cannot remember if there was more to the dream but I had an interpretation. The woman in this dream is like the bride of Christ. Yet she married the false Christ. Even though she loves Jesus she was deceived and you could say that she married His evil twin. Just like a woman trapped in an abusive relationship that she doesn’t know how to truly be free returns only to get beaten more. She has been brainwashed into feeling that she is nothing and deserves the treatment she receives. So she returns. She is afraid and fears that she will die on her own with nothing so she returns. Even when she is free from him she has chains that bind her that no one else can see. Fear, shame, guilt, feeling worthless, hopeless, and the list goes on. Each a link to her captivity.

The one bullet is the Word of Christ Jesus. Why did it not kill the abusive husband? This husband is the false Christ and his time of causing terror and harm has not yet come, but it is coming. Satan knows his time is short so those he cannot destroy he tries to mislead. He is doing everything he can to destroy the Bride before the True Groom returns. Yet like a woman who has been abused she needs people to bring her the healing that only comes from Jesus.Then the truth of Jesus will set her free. Jesus came to set the captives free and who He sets free is free indeed. I may not have the power on my own to deliver another from harm but Jesus in me if I submit to His will and make myself available to be used by Him can help others flee from harm and get to safety.

2 Peter 2:22 Of them the proverbs are true: “A dog returns to its vomit,” and, “A sow that is washed goes back to her wallowing in the mud.”

Matthew 7:15 Beware of false prophets. They come to you in sheep’s clothing, but inwardly they are ravenous wolves.

Matthew 24:5 For many will come in My name, claiming, ‘I am the Christ,’ and will deceive many.

Ephesians 6:17 And take the helmet of salvation and the sword of the Spirit, which is the word of God.

John 8:32 Then you will know the truth, and the truth will set you free.”

Before I heard this dream I had not thought of comparing an abusive relationship with the church and Satan.Yet now I see that it has its parallels. A woman abused to often will return to abuser even if it ends in death and unfortunately I see many in the church are doing the same thing spiritually. I only pray that we wake up before it is too late.